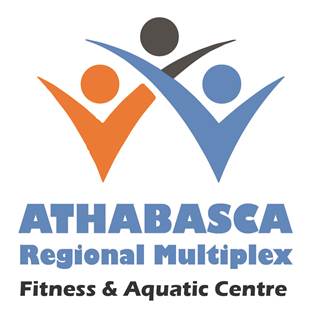 Day or night, from various strategic vantage-points in town, Athabasca Public School can be seen standing tall and proud. Locally referred to as “the Old Brick School,” Athabasca Public School is centrally located at the T-intersection of 47 A Avenue and 48 Street. A striking building in the daytime, highlighted with spotlights at night, the former school is a centerpiece of classic brick architecture.

Built in 1913 and originally designed with four classrooms, Athabasca Public School was used continuously for all grades until the 1950’s. In 2006, the Town of Athabasca Municipal Heritage Inventory report identified Athabasca Public School as one of the 25 most significant historic resources in Athabasca. The report describes the building as “a massive two and one-half story brick and stone structure with a hip roof and a central entrance in a projecting formal frontispiece topped with a crenellated tower.”

Today the “Old Brick School” is home to the Athabasca Pottery Club residing in the basement. The Nancy Appleby Theatre is located at the rear of the building and the Alice B. Donahue Library is adjoined on the south side.

The County has been given a grant by the Alberta Community Partnership/ Regional Collaboration Program for the Brick School Revitalization Project. The company Manasc Isaac has been hired to conduct research for the revitalization of the old brick school.

Check out our other facilities.